Does My Property Get Enough Sun for Solar Panels? 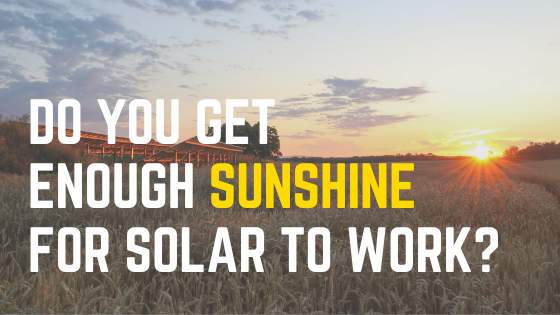 Northern Ohio is one of the cloudiest areas in the country. In any given year, locals can expect thick clouds or rain 55% of the days.

Given that, Northern Ohio may not seem like the most hospitable environment for a renewable energy system dependent on sunshine. 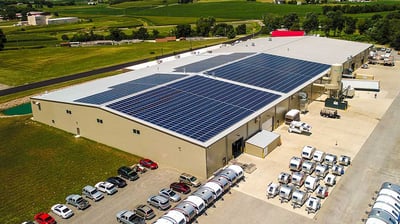 However, nüCamp RV, a trailer, camper, and RV manufacturer in Sugarcreek, Ohio invested in a 629.7 kW solar energy system to power their operations. Despite the area’s cloudy weather, in just three months that system had cut the manufacturer’s electricity bill in half. Their solar investment has a 17.5% ROI and helped them free up liquid assets to invest elsewhere in the business.

You don’t need to live in Arizona, California, or Florida to make solar energy worthwhile. Solar has proven itself as a reliable energy source and valuable investment even in regions renowned for their cloudy weather.

So just how much sunlight is needed for solar power, and is your property suitable for solar panels?

When you’re evaluating the suitability of your property for solar panels, exposure to natural daylight is a major factor. The more direct sunlight your panels receive, the more free electricity they’ll produce.

Two factors have an impact: your local climate and expected weather patterns, and shading.

Some areas, like Upstate New York and Northern Ohio, are cloudy. There’s simply no getting around that. Add on heavy snows that can blanket your systems and block sunlight for days, and it may seem like solar panels will never see daylight.

Some research suggests that if the sun casts a shadow, there’s enough sunlight to produce energy. On a partly cloudy day, your production may drop to 75%. On the most overcast day, your system could still produce 10% to 30% of the electricity it would on a perfectly sunny day.

In addition, solar panels are more efficient at cooler temperatures. This is another boost for those cloudy days, although a small one.

Here’s a deeper dive into how weather impacts a solar system’s production.

Making Up for the Lost Production

Cloudy weather decreases the amount of electricity your solar panels can produce. But making up for that lost solar electricity can be fairly easy and inexpensive. The way around this is to upsize your system by adding a few more solar panels.

By adding a few extra solar panels to your system, you’ll increase the amount of electricity you can produce, making up for what’s lost due to cloud coverage. Creating a slightly larger system won’t significantly increase the cost, as most of the soft costs associated with going solar will stay the same regardless of size. The hard costs, like equipment, are becoming increasingly affordable as technology improves and solar components costs continue to decline.

Will Solar Still Save You Money?

By increasing the size of your system to make up for poor weather, your system might cost slightly more than it would in a sunnier state.

However, you also stand to save more.

On average, the Northeast has the highest electricity rates in the contiguous United States (aside from California).  So while a solar system in New York may be producing less electricity than a system in Florida, the electricity produced in New York will be worth more.

New York and a handful of other states have local incentives that help keep installation costs down. Here’s a list of incentives available in each mid-Atlantic state.

While the weather may seem like a huge factor in determining whether or not solar panels can work on your property, local sources of shading can be more prohibitive. You need direct sunlight for solar panels to work optimally, and shading interferes with that

Things like trees, buildings, nearby hills or mountains, and something as thin as power lines can impact the number of sun hours per day your solar panels receive. Even partial shading can reduce the amount of energy your solar panels are able to produce.

You Need How Many Hours of Sunlight for Solar Panels?

In the best-case scenario, you’ll want your solar panels to receive about four or five hours of direct sunlight. Specifically, that sunlight should reach your panels between 10 am and  3 pm.

This is when the sun is in its highest position and the rays are the most direct. If there are sources of shading on your property that block the sun from your panels during those hours, you may want to see what you can do to decrease the shade before installing solar panels. Your installation company will be able to help identify these obstructions.

How to Tell If Your Property Is Shaded

Shading is dynamic and changes throughout the day as the sun moves across the sky. This can make calculating the number of peak sun hours tricky unless you have the correct tools.

There are some free, online tools that can give you a rough estimate of how much sunlight your property receives, like Google’s Project Sunroof. 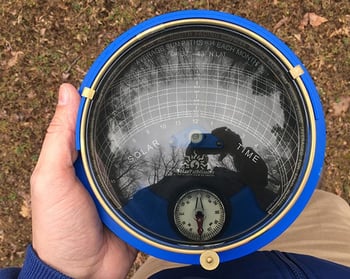 You can also try calculating shade with the 1-3 rule.

With this method, you’ll multiply the height of the tree or object that produces shade by three. This will give you the length of the object’s shadow, which is how far away from the object you’ll want to install your system.

The best way to determine whether or not your house gets enough sun for solar panels is to have a solar installer come out and evaluate your property.

Using a tool called a solar pathfinder, they’ll determine how much shade your roof or plot of land receives throughout the day. This tool reveals any shading that may occur throughout the year at any time of day.

Is My Property Suitable for Solar Panels?

There’s no specific, set amount of sunlight needed for solar panels. Even in the cloudiest areas of the US and even worldwide, solar has proven itself time and time again as a reliable energy source and profitable investment.

While local weather patterns will come into play when determining the size of your system, local sources of shading will likely have a bigger impact.

To get an accurate idea of whether or not you’re a good candidate for solar, have a solar installer take a look at your property and do a shade analysis. They’ll then combine that information with historical weather patterns and design a system that meets your needs.

You’ll have a clear picture of how much clean energy you can expect your solar panels to produce specific to your property.