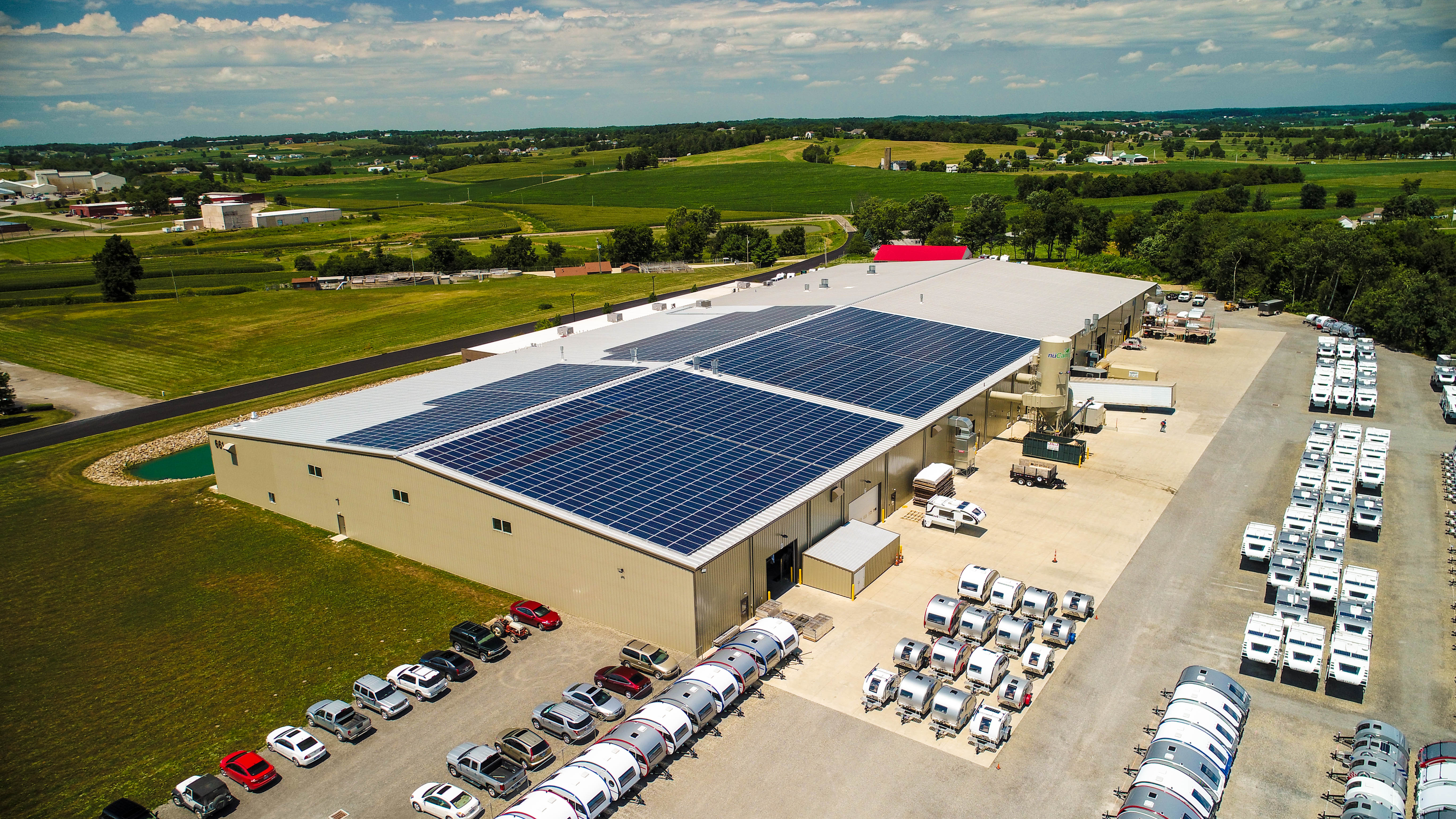 nüCamp RV is an Ohio-based trailer, camper, and RV manufacturer.

Watch as he explains the benefits and economics of going solar from his perspective.

Benefits of Solar for nüCamp RV

nüCamp is enjoying numerous benefits from switching to solar.

"I felt very comfortable that Paradise gave me a great, quality product and also the guaranteed payback on the system."

For Jesse, nüCamp’s transition to solar removed an obstacle that was preventing overall growth for his business. Increased production was costing nüCamp more and more each month on their energy bills.

We worked with Jesse to create a system that sufficiently fed nüCamp’s demanding production schedule, and simultaneously put a stop to their rising energy costs. 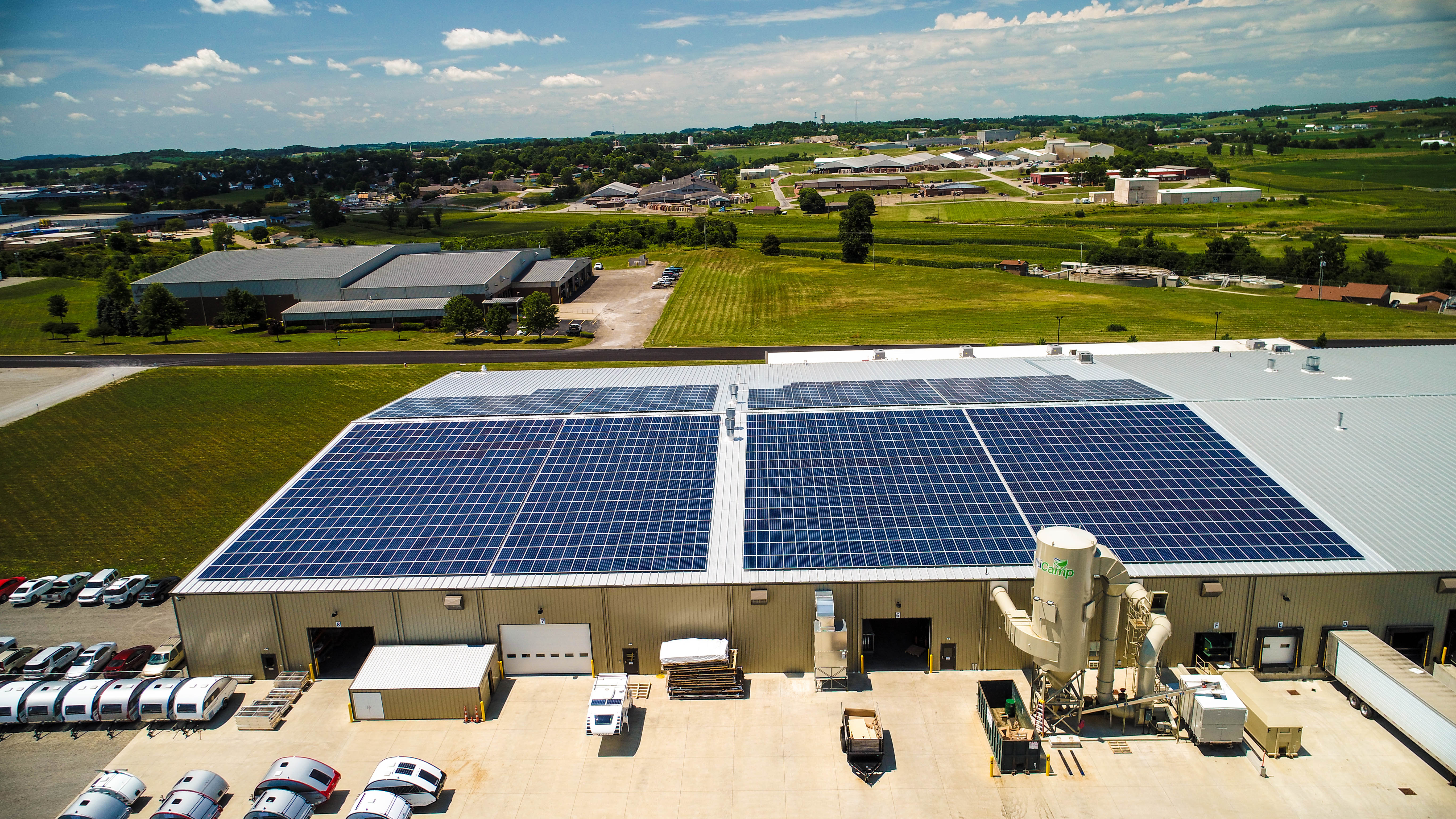 Following the economic crash of 2008, nüCamp was forced to virtually start from the ground level as a business. Viewing this as an opportunity, rather than a loss, nüCamp decided to refocus the how of their business model. By making the development and nurturing of their relationship with customers a primary focus, and allowing the product and profit to become secondary, nüCamp was able to forge a new and lasting position in the recreational vehicle market.

Their products, which were already selling, were now accompanied with the knowledge that nüCamp was a trustworthy company that held their customers best interests in mind, and not just their own bottom line. This philosophy was also extended to their staff: “The most important asset in any company is the people. Anytime you invest in people you don’t see the results in the next day or next week” – Jesse Mullet, COO.

Prior to installing solar, nüCamp was seeing a $13,000 monthly average increase in energy costs. The solar installation was completed in December 2017, and by March, nüCamp’s energy costs had dropped by 50% (to ~$6,000) and continues to decrease. In addition to the Triple Ten guarantee, payback of 7 years or less, Ohio tax benefits, and reduced energy costs — nüCamp has been able to re-invest those freed funds to support other areas of their business. In other words, solar power was able to solve nüCamp’s energy consumption setbacks and immediately had a positive impact on the company’s production and development.

The first step in switching to solar is to receive a no-obligation quote. We’ll evaluate your current energy usage, conduct a site assessment, go over financing options and incentives, and provide you with a free quote.