Can I Sell Solar Power to Generate Income? 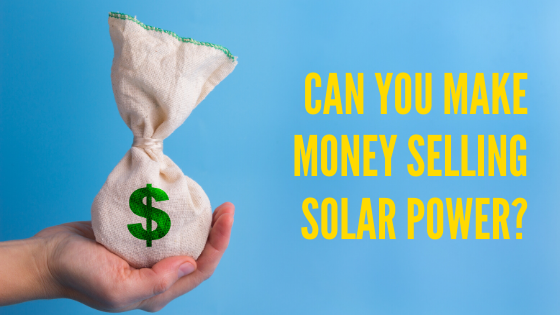 If you want to sell your solar power to generate income it, unfortunately, doesn’t work that way. You can’t exactly sell the electricity your solar system generated back to the utility. However, one of the biggest benefits of solar energy is the impact on your finances. Your solar system will keep money in your pocket that you’d otherwise be dishing out to the utility company for your monthly electricity bill.

While it’s true some large solar developing companies can make money by installing a solar system on leased property and selling that electricity back to the person who owns the property, this won’t be the case for your average solar investor.

However, there are policies in place to guide how utilities compensate you for the energy your solar system generates. If you have a grid-tied solar system, you can send the solar electricity to the grid, and you’ll receive a credit from the utility or they will purchase it at a nominal, wholesale price. But, these compensation policies will make you little money - they’re more like a free way to store your electricity.

How Utility Companies Compensate You for Solar-Generated Electricity

In the majority of states, utilities are legally required to have net metering or net billing rules. This includes Delaware, Maryland, New Jersey, Ohio, Pennsylvania, Virginia, and West Virginia.

What is net metering? Net metering is the billing method the utility uses to compensate you for the excess electricity generated by your solar system that’s uploaded to their grid.

When the sun is shining and your solar system is cranking out kilowatt-hours, it may be producing more electricity than your home, farm, or business is using at that time. That excess electricity is instead uploaded to the grid. That electricity is then sent out to meet the electrical needs of your community.

However, you’re not losing out on this electricity, and you’re not giving it away. The utility company keeps track of just how much electricity your system has uploaded. It then provides you with a credit for that same amount of electricity. 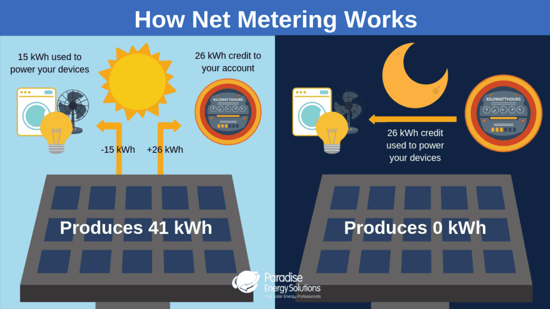 You’re not selling this electricity to the utility, you’re exchanging it for the right to use that same amount of electricity for free at a later time. So you’re not making money - but it does help big time when it comes to keeping more money in your pocket. And after all, a penny saved is a penny earned.

Net metering allows you to exchange your electricity at the retail rate, meaning it could be worth just as much as you’d pay the utility for it. In some cases, this price includes transmission, distribution, and generation rates.

Because of net metering, you’re able to bypass a solar storage system, or batteries. While batteries can be a great way to provide backup power when the grid goes down, installing a storage system large enough to cover all your energy needs throughout the night and on rainy days can be quite costly. Net metering lets you store that electricity for free.

However, not all states implement net metering. New York, for example, is transitioning to its own program: the VDER Value Stack. This program takes an approach that is similar to net metering, but it aims to recognize that electricity generated by solar energy has a different value than electricity generated by the utility, and thus solar owners should be compensated for that value.

There are states that do not require net metering policies. In these states, solar owners may be compensated with the wholesale rate, which may not be a kilowatt-hour for kilowatt-hour exchange as with net metering. It may only be the generation charge, meaning the energy you upload to the grid will be worth less than in a state that does have net metering. 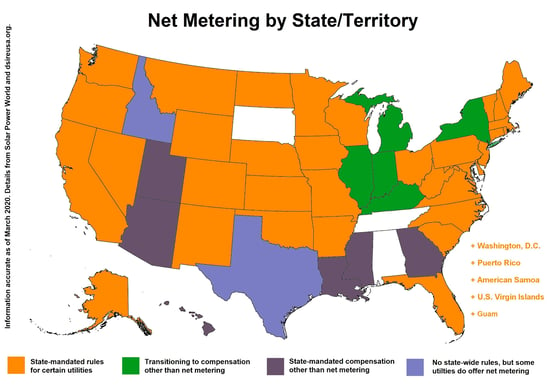 How Much Money Can You Make With SRECs?

In some states, you are able to make money by selling SRECs, or solar renewable energy certificates. SRECs are certificates solar energy owners earn for every 1,000 kilowatt-hours (or 1 megawatt-hour) produced by their system. That certificate can then be registered and sold on the SREC market, which can help you generate extra income from your solar system.

While you’re getting money for the energy you generate, you’re not selling your electricity, per se. SRECs come from a program called the Renewable Portfolio Standards, or RPS. RPSs are meant to develop the green portfolios of utility companies, helping states meet their renewable energy goals.

How much money can you make with SRECs?

The price of SRECs varies by time and location and is dictated by the SREC market, meaning prices depend on supply and demand. The more solar electricity that’s generated in your state, the less money SRECs will sell for. The higher your state’s solar RPS, the more SRECs needed, and the more expensive they are.

Unfortunately, you can’t create a large solar system to generate a lot of SRECs and make money selling them on the market. The money you’d make on SRECs is not likely to ever be enough to make up for the cost of the solar system’s installation but it can provide a nice passive income that can be used to offset the ongoing transmission costs charged by the utility company.

How Does Solar Energy Make You Money?

In addition to the various incentives, such as the federal government’s solar investment tax credit, accelerated depreciation for business, and regional grants and credits, you may be able to knock down your installation costs by a considerable amount.

Then, comes free electricity for the entire life of the solar system, which could extend beyond 25 to 30 years. By eliminating your need to purchase electricity from the utility company, you’re eliminating an otherwise unavoidable expense each month: your electricity bill.

Over a few years, this money you saved adds up quickly. Depending on your system and the amount of electricity you use, your solar system could have generated enough electricity to pay for itself in just a few years, leaving decades of free, solar energy.

If you’re ready to reduce your electric bill and start saving money, click the button below to learn how a solar investment could help you.