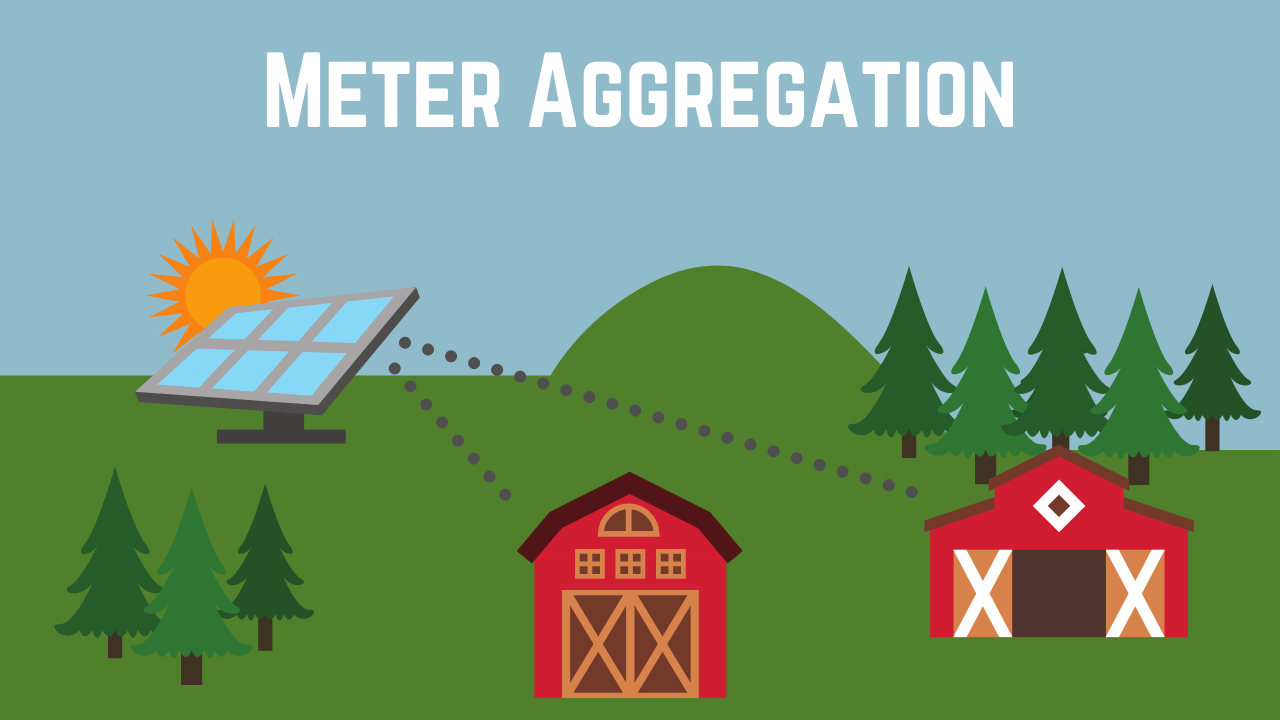 Nestled at the base of the Catoctin Mountains just outside of Frederick, MD sits Woodvale Farms—a 150-acre equestrian facility.

But as is the case with many agricultural and commercial businesses, Woodvale Farms had several buildings across the property with several electric meters.

Herzog wanted to offset as much of his electric bill with solar power as possible. But installing a solar system atop each one of these buildings wouldn’t be efficient. However, thanks to meter aggregation, that would not be necessary. 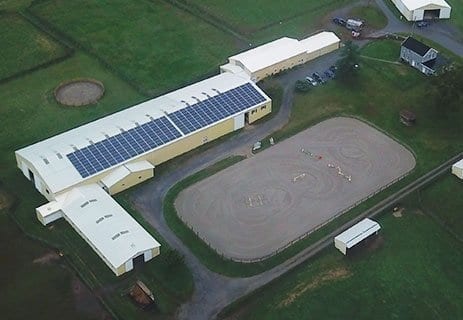 Electric meter aggregation allowed Herzog to offset 101% of his farm’s electricity usage. But what is solar energy Meter Aggregation, and how does it work?

Put simply, meter aggregation is when one solar system is able to provide electricity to virtually offset multiple meters. Also known as virtual net metering, it makes it easier and more affordable for solar owners with multiple electricity meters to offset a greater percentage of their energy usage with solar.

Meter aggregation is ideal for farmers and businesses. It allows them to use the electricity generated from one solar panel system to provide power to other buildings with different electricity meters through net metering credits. This makes it easier to offset a more significant portion of their utility bill with free solar energy.

How Does Net Metering Work?

Net metering is an important component of meter aggregation.

It’s a billing mechanism that allows solar owners to essentially store electricity generated by their solar system for free on the electricity grid. This gives them the ability to offset a greater amount of electricity usage with solar energy. 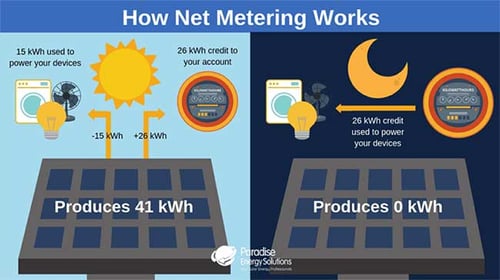 On a sunny day, your solar system should be cranking out tons of kilowatt-hours of electricity. You’ll use some of it as it’s generated, but depending on your system and load, you’ll generate extra. This extra electricity can be uploaded to the electricity grid. In return, you’ll receive a one-for-one credit from the utility.

When your solar system isn’t producing electricity, like at night or when it’s cloudy, you can draw on those credits to provide power to your home or business. This allows you to power a greater portion of your electricity usage with solar, as you can access this electricity at any time.

With net metering, the value of your solar-produced electricity is equal to how much it costs you to purchase that same amount of energy from your utility company, which is the retail price.

Most states require their utilities to offer net metering, but some states have other methods of compensating you for your solar-produced electricity.

Many states without net metering will compensate solar producers at the production rate, which reflects the cost to generate the electricity, not to distribute it. This is less than the retail rate. That means the value of the solar electricity they transfer to the grid will be less than what it would cost them to pull electricity off the grid and use it in your farm or business. However, New York doesn’t utilize either of these methods. Instead, NY uses what’s called the VDER Value Stack.

Who Qualifies for Meter Aggregation?

Even if your state does have a net metering requirement, it may not have a meter aggregation requirement. Even in the states that do, there are a few specifications you need to meet to qualify.

In some cases, you may have to pay an additional cost on your monthly electricity bill for your meter aggregate account. However, this small fee will likely pale in comparison to what you’ll save with your solar energy system.

Why Is Meter Aggregation So Beneficial?

One way around this is by installing a smaller system connected to each of your meters. However, Installing one large solar system is much more economical, even if the energy produced is the same.

Because of economies of scale, there are several things that only need to be done once for each solar system installation. This makes the installation cost for cost-effective for larger systems.  In several smaller systems, these costs can accumulate.

We’ve helped hundreds of businesses and farmers throughout several states successfully set up meter aggregation, and our team of solar experts are ready to help you do the same. Contact us to see if meter aggregation is the right solution for you.