The Best Alternatives to the Tesla Powerwall 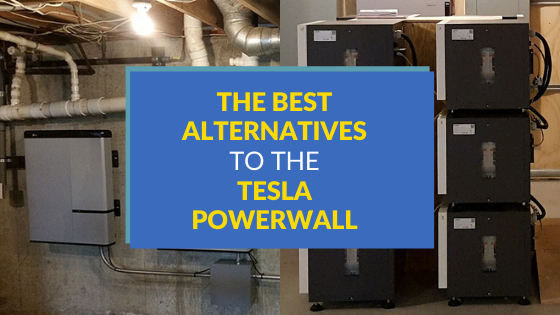 The Tesla Powerwall is one of the most popular solar batteries on the market. And rightfully so. Backed by a big-name brand, this battery offers 13.5 kilowatt-hours (kWh) of solar storage and has some impressive specs.

That said, installing a Tesla Powerwall could cost between $12,000 and $16,000, so it may not be the most cost-effective battery for your solar system. And it might not even be the best in terms of performance.

There are quite a few Tesla Powerwall alternatives that give this popular battery a run for its money.

In this blog, we’ll take a look at three solid alternatives to the Tesla Powerwall.

LG Chem RESU is a lithium-ion battery that can store a significant amount of solar-generated energy. That energy can be used in the event of a power outage or during periods where your system isn’t generating electricity (like at night). 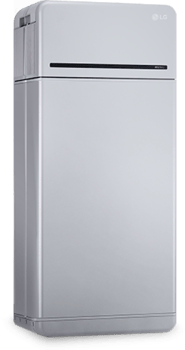 That said, a warranty is only as good as the company that offers it. The manufacturer can only make good on a warranty if they’re still in business. And with LG, an international technology company with solid financials and decades of experience, your warranty is in good hands.

LG’s RESU batteries have a depth of discharge of up to 95% and can be coupled with another battery, giving you the option to provide up to 32 kWh of energy storage.

They’re also easy to install and service. Your installer can troubleshoot the battery remotely, which can help limit the number of on-site service calls in the event of an issue.

In addition to all of these great features, the RESU batteries will likely be more affordable than a Tesla Powerwall, making it one of the best solar batteries on the market today. As a very rough estimate, it could cost between $17,000 and $21,000 to install a RESU battery.

What’s more is these batteries integrate with several different inverters, making them an excellent option for new systems as well as existing solar systems. Two of the inverters that work with the LG Chem batteries are SolarEdge and SMA.

Want to learn more about batteries? Here's a deeper dive into the best types of batteries for solar storage (lead-acid, lithium-ion, or saltwater).

If you’re replacing your inverter or installing a new solar energy system, the SolarEdge EnergyHub inverter is a great option. The inverter connects directly with the LG Chem battery, saving you physical space. It’s a DC-coupled system, meaning you won’t lose out on any energy during an AC-DC-AC conversion.

That said, installing this combination can lead to a significant increase in your installation costs if you’re installing a new system, which may not be ideal for everyone. You’ll be paying for your solar energy system and your battery system all at once. Another option would be to only install the battery-compatible Energy Hub inverter and add the battery later.

If you’re looking to add a battery bank to an existing solar system, SMA offers an option that may be ideal for you.

You’ll install a separate inverter for your backup power. It’s an AC-coupled battery inverter that can be installed at nearly any point during your solar system’s lifespan, and it integrates with a wide variety of inverter brands—not just SMA (double-check with your solar inverter manufacturer that adding another brand inverter won’t void the warranty).

That said, you’ll be adding another inverter to your solar system, which will take up more physical space. It can also be more expensive than a SolarEdge inverter. However, you can add them several months or years after your solar system is installed.

Breaking the costs apart in this way could make it more affordable. You could use some of the savings from your solar energy system to pay for your battery system!

The storage solution you choose will be somewhat dependent on what type of solar inverter you have. If you installed or are planning to install microinverters, Enphase’s AC-coupled battery may be the right option for you.

Enphase’s IQ battery can increase solar self-consumption and manage time-of-use electricity rates to make your electricity bill more manageable. It’s also easy to scale up storage capacity with an Enphase battery system by connecting up to four batteries to one system. 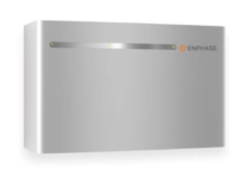 Their depth of discharge is a full 100%, putting it head-to-head with Tesla’s Powerwall 2. Its roundtrip efficiency is 89%, and its warranty is similar to both LG’s and Tesla’s at 70% capacity after ten years.

The German-based company AXITEC, a trusted name in solar panel manufacturing, now offers lithium-ion batteries—the AXIstorage Li series. These range from the Li S7 to the Li S15. These high-performance batteries have previously been available in Europe, now making their way into the US market.

This brand offers options with a usable capacity ranging from 5.4 to 12.5 kWh.

Their depth of discharge is 80%, which is a bit lower than the other batteries on this list. However, their efficiency ranges from 95% to 97%, second only to Enphase’s storage system. They have a 6,600 cycle expected lifespan and a 5-year guarantee. 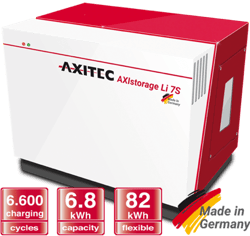 These batteries can be installed with an SMA Sunny Island inverter, similar to how the LG Chem RESU battery is installed. That means they’re a great option if you’re looking to add them to an existing system, though they can be added to a new system as well.  Again, if you are adding to an existing system, be sure to confirm that it will not void your existing inverter warranty.

The AXIstorage batteries can be scaled up as well. You can connect up to twelve together to make a large battery bank to store a greater amount of energy from your solar system.

With so many great battery types and brands, choosing the best battery for your system can feel daunting. Sometimes, the most recognizable name or the most expensive product isn’t the best option, and sometimes it is.

Below is a chart that summarizes the information we shared on each battery type.

All in all, the best battery for solar power is the one that fits your specific energy needs and budget.  If you need help selecting batteries for your system, our team of solar experts is ready to help. Contact us to get started!

Not ready for a quote? Read about the battery packages we offer at Paradise Energy and sign up for our four-part Solar Batteries Made Simple Video series.