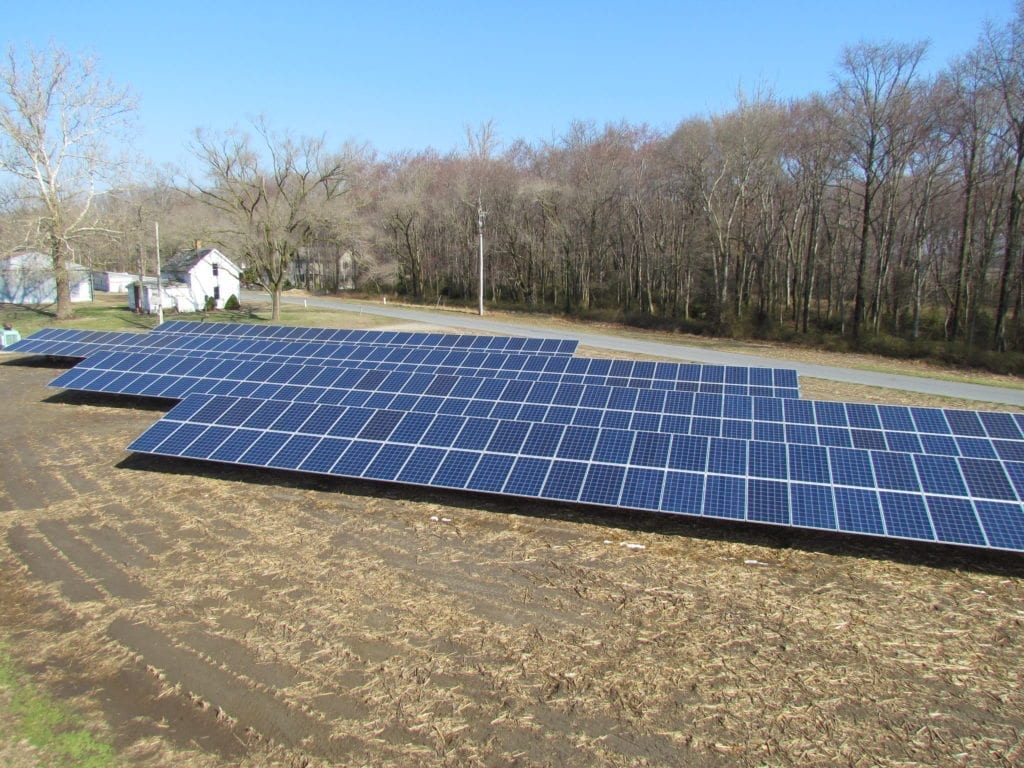 If you’re a farmer, the chances are you have been approached by solar companies proposing to lease your land for the purpose of installing solar panels. These propositions often appear lucrative at the onset; however, they are frequently met with legal and tax implications, community resistance, and other unforeseen challenges. You have probably also been approached by solar companies selling you on the benefits of solar ownership. Which of these solar options, if any, make sense for you?

What Are Solar Land Leases?

Solar land leases are agreements between a landowner and a solar developer. The solar developer leases the land to install photovoltaic (PV) solar arrays to generate electricity.

The electricity generated from these types of systems does not benefit the landowner. Instead, the benefit to the landowner comes from lease payments received from the solar developer for the use of the land.

For many crop farmers, solar land leases may seem like a lucrative option with offers close to double the return per acre than what growing crops would produce. If you don’t use a fair amount of electricity and don’t have a federal tax liability to offset, this may be a viable option for you. There are, however, several considerations that deserve discussion including land conservation, community opposition, utility infrastructure limitations, and the rollback of taxes.

In many areas, state legislatures are pushing to conserve farmland. As a result, regulations proposed or current should be researched and considered as you make your decision to lease your land for solar. 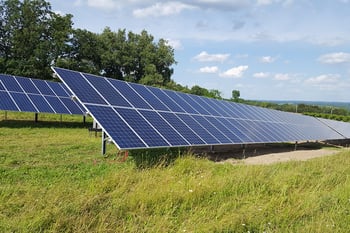 Your state legislatures may not be your only opposition; your neighbors will likely become obstructionists as well.  We saw this first hand when a Seattle-based solar company came to Anne Arundel County, Maryland in June 2017 hoping to win over residents about installing three separate solar projects on farms in Southern Maryland. The community was united in their opposition to these projects and they expressed their desire to keep the area rural. If you are leaning towards a solar land lease, you should have a game plan to drive community support and get your neighbors on your side.

Once you have local government approval and your community on your side, your solar developer will need to work with your utility company to confirm that adequate utility infrastructure, particularly transformers and sub-stations are in place to support the proposed solar system. These challenges and costs should be the responsibility of the solar developer, but be aware of where new power lines, transformers, etc. will be placed on your property.

Another key consideration that could have a substantial financial impact is the rollback of taxes. Most land that is used for agricultural purposes is entitled to a tax reduction or exemption. Should you choose to lease your land for solar, that tax exemption or reduction could be rolled back for five years. This rollback of taxes has the potential to turn what appeared to be a worthwhile investment into a loss.

Finally, you may want to consider what happens at the end of the lease term. What happens to the equipment? Who removes it? What will your property look like? Who's responsible for maintaining the land while it's leased?

We suggest asking the developer for references who are under contract before signing on the dotted line. Here are a few good questions to ask other landowners:

As you can see, solar land leases are complex instruments with many challenging variables. Make sure everything is in writing,  and make sure that you understand the fine details. Always seek the advice of an attorney specializing in solar land leases when considering leasing your land for solar.

How Solar Ownership Is Different From Solar Land Leases

Solar ownership is when a farmer, business owner, or homeowner purchases a solar system with four primary goals in mind:

Over a thirty-year period, the cost of electricity generated by your own solar system is substantially less expensive than continuing to purchase electricity from your utility company. There is a one-time upfront investment with solar ownership followed by decades of free electricity.

Most commercial, agricultural, and residential solar investments have an average return on investment (ROI) anywhere between 10% and 20% and are relatively risk-free investments. In conclusion, if you pay federal taxes and you use a fair amount of electricity, solar ownership is a simple and sound investment with a positive environmental impact.

Going solar is a big decision, but we are here to help you decide if it's the right investment for you. If you would like to learn more just let us know and we will help you get started.

A Non-Profit's Guide to Solar Energy