Settled in the heart of rural southern Delaware sits Coffee Cup Ranch in Millsboro. Farmer and owner Andy McCoy has been growing chickens on this two-house poultry farm for seven years, and in July, he energized a 154.56 kW solar array.

The ground-mounted system is comprised of 448 solar panels all facing south for maximum sunlight exposure. In just one year alone, they’ll produce over 193,000 kWh of electricity - 107% of Coffee Cup Ranch’s annual usage.

McCoy’s solar system is an example of the increased environmentalism of Delmarva’s poultry industry. Spread across Maryland and Virginia’s Eastern Shores, as well as the state of Delaware, this 3.4-billion-dollar industry produced 4.3 billion pounds of chicken in 2018, according to information collected by the Delmarva Poultry Industry (DPI). This regional economic powerhouse has been focusing on improving its impact on the environment.

Spearheaded by the DPI, poultry farmers across Delmarva planted 7,521 trees and grasses as part of their vegetative environmental buffers program. They’ve also embraced other environmentally friendly and energy-efficient practices like improvements to wastewater treatment and processing plants, as well as renewable energy.

As an emission-free source of electricity, solar power is a viable option for many farmers to shrink their impact on the environment.

"The sun powers the operation, and it reduces my carbon footprint,” shares McCoy.

But solar power has an added bonus - one that’s a different type of green.

While technological advancements improve the habitat within the chicken houses making for healthier birds, the amount of electricity these farms use also increases. Between ventilation fans and lights, poultry farms use a lot of electricity. And as electric rates steadily rise, that bill can account for a large portion of a farm’s expenses. “I figure they are only going higher in the future,” shares McCoy.

Looking for a solution, McCoy found one in solar energy. By generating his own, free electricity on his farm, he’s able to eliminate this expense.

Though installing solar does require a substantial upfront investment, various federal and local incentives make shelling out the installation and materials cost easier. These incentives are often recaptured by the system owner in just the first year. When incentives are coupled with the savings on electricity expenses, solar energy can pay for itself in just a few years.

“Short-term, the government write-downs are a plus, and long-term, I will not have to worry about rising electric costs.”

In less than five years, McCoy’s solar system will have saved him enough on electricity costs for the system to reach payback, leaving him with at least 25 years of free electricity to power his farm.

And that saved money can be used elsewhere on Coffee Cup Ranch. 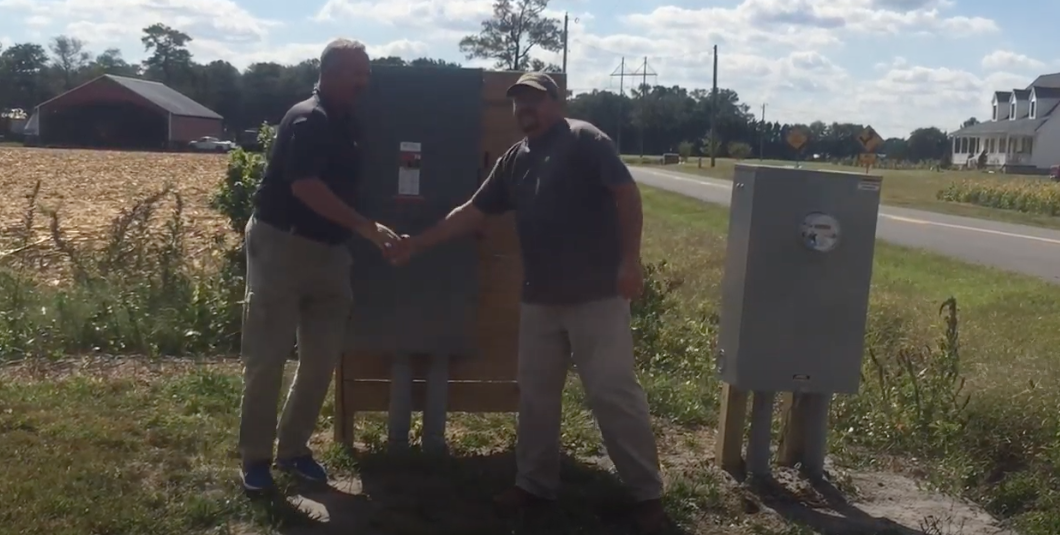 “Solar gives us more money to put back into the farm to keep the equipment up to date and the farm looking nice.”

View More of Our 1,500+ Solar Installations