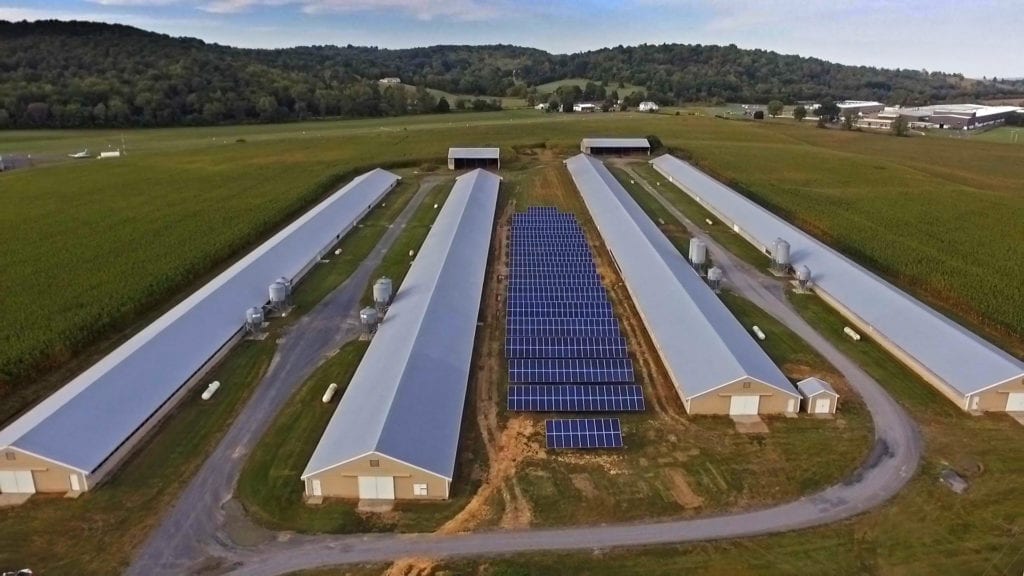 David Hughes is a turkey farmer and owner of Rivermont Farm in Timberville, Virginia.

In the summer of 2016, Hughes was beginning to look for energy alternatives to combat his steadily growing electricity costs which were averaging $4k-$5k a month.

Watch as Hughes explains the financial impact that solar had on his business and why he chose Paradise Energy Solutions.

Benefits of Solar for Rivermont Farms

"I think Paradise is very easy to work with. I'm glad you have a presence in the valley now, in Harrisonburg with the office there. I will continue to recommend and refer people to Paradise." 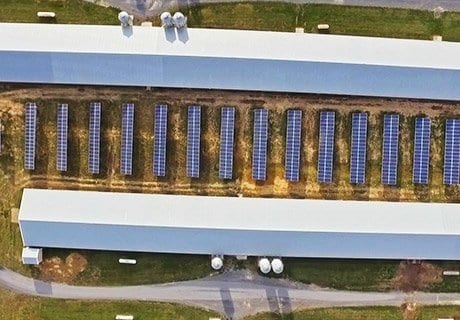 Enough Power for the Farm Operations and Farmhouse

David was able to power his 4 turkey houses, which have a combined total of thirty-four, 52” tunnel fans that run constantly to keep more than 110,000 turkeys cool in the summer months, and still generate enough electricity to power his home. Solar power virtually eliminated his electricity bill.

“I’ll have my own little power plant” – David Hughes, The Washington Times.

What truly excited David about his new system, was the investment in solar power in general. After watching a few other farms in his area make the switch to solar, David recognized the immediate environmental and financial impact solar would have for his business.

David expressed that the federal tax credit he will receive over the next few years is reason enough to invest in solar power.

As a green alternative to fossil fuels, solar power has zero byproducts or pollutants, which makes solar systems ideal for farms that house livestock.

Summer heat can be detrimental to your livestock’s health and keeping them cool is essential. Being able to cool his turkey houses around the clock for free keeps his flock healthy, while preserving the environment. 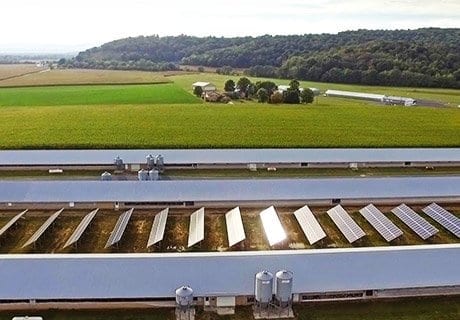 After contacting us to conduct a free onsite evaluation, the only hesitation David had was about the upfront investment.

This apprehension was eliminated when David saw how the federal tax credit lowered the upfront investment, how much of the process and paperwork Paradise would handle for him, and the comprehensive warranties covering the panels and inverters.

Despite not being awarded a grant that would have further offset his initial investment, David approached his local lender who also saw the benefits of investing in solar power. Once financing was secured, David was able to sit back, while we took care of all the logistics and paperwork, as well as the installation. We also completed site optimization, which included communication with the local electric company to update all of David’s meters.

Just like David, You could save money with solar