How the New Solar Tariff Could Impact Your Solar System

The U.S. Department of Commerce is investigating claims that solar panel manufacturers in Southeast Asia are circumventing tariffs enacted in 2012 against China.

While this may sound like something only solar energy industry executives need to worry about, that’s far from the case. These new tariffs could impact anyone considering solar in the future, from utility-scale solar developers to homeowners and small businesses. It also poses one of the most significant risks the solar industry has seen to date.

How will new tariffs affect the solar industry? At best, after a year-long investigation, no additional tariffs will be imposed. The investigation is already impacting the United State’s solar supply, with threats of future tariffs driving up prices. Planned projects could be pushed out until the investigation is completed.

At worst, if the tariffs are expanded, it would inflict staggering duties on many panels installed in the United States. This would cause panel prices to skyrocket, shuttering the solar industry and threatening tens of thousands of American jobs.

At a time when skyrocketing inflation and supply chain issues are prevalent, this investigation and the tariffs will impact every solar company and anyone considering a solar investment.

What Exactly is the New Solar Tariff?

In short, this tariff on solar would levy a duty on the majority of the foreign-produced solar panels sold in America. While they would attempt to protect our domestic solar manufacturers, instead, they would likely bring the entire solar industry in America to a near halt.

To truly understand what’s going on, we have to take a quick trip back to 2012. That’s when the United States issued an anti-dumping tariff on Chinese solar panels. The government believed Chinese manufacturers were exporting panels to the United States below fair market value. They enacted the Section 201 solar tariff to safeguard American producers from unfair foreign pricing. 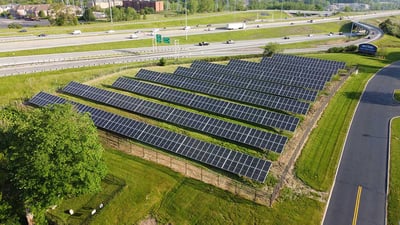 While the Chinese solar tariff meant an increase in the price of panels, the solar industry adjusted. From American-made panels to imports from other countries, there were alternative affordable equipment options installers could turn to. As a result, solar generating capacity grew throughout the 2010s as more and more systems were installed.

Fast-forward to today. Amidst a global pandemic, inflation, and worldwide supply-chain challenges, the solar industry faces an even more significant challenge—an expansion of the Section 201 tariffs on solar panels. The U.S Department of Commerce considers tariffs as high as 50% to 250% on a staggering 80% of crystalline-silicon panels shipped to the United States. And this time, there won’t be enough alternatives to fill the gap created by the tariff.

This all came about when a California-based producer petitioned that China and manufacturers from Malaysia, Thailand, Cambodia, and Vietnam were circumventing the 2012 tariffs. They claimed that these Southeast Asian companies purchased components sold below market value from China. In late March of 2022, the U.S. Department of Commerce announced it would proceed with the investigation, and the industry is already feeling the effects.

How Will This Impact Your Solar Project?

In a time when the global supply chain is already stretched, the news of the U.S. Department of Commerce’s investigation is grim news for the solar industry. It could become extremely difficult to source the equipment needed to install solar. And if you’re able to, it will be much more expensive than it is today. 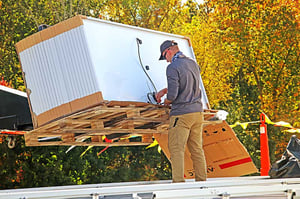 The investigation is expected to take up to a year, but as it turns out, just the threat of these tariffs has an effect. SEIA estimates that the investigation has already led to a 19% decline in near-term solar forecasts.

If this tariff is imposed, Wood Mackenzie estimates a loss of 16 gigawatts of new solar installed annually. For reference, that represents 66% of all solar installed in 2021.

In short, if you’re considering going solar in the near future, you may want to do so as soon as possible.

At Paradise Energy Solutions, we’re taking measures to protect our customers by securing as many panels as possible. This will allow us to continue serving our current and future customers through this challenge.

Why Can’t We Use American-Made Panels to Offset the Shortage?

Encouraging domestic business is one of the main goals of any tariff. Even if it means slightly higher costs, the market will eventually adjust. However, American-based solar panel producers can’t make nearly enough panels to make up for 80% of imports. The countries responsible for the other 20% will also struggle to catch up.

Ramping up production can’t happen overnight. Between permitting and construction, it can take several years to create a new solar panel production plant. And in the interim years, the solar industry in America will be hit hard.

Solar deployment will slow without panels to install, and jobs will be lost. It’s estimated that if the China solar panel tariff is expanded, it will cost 70,000 American jobs. 11,000 of them will be from the companies this tariff is meant to protect—solar manufacturers, according to SEIA.

This tariff won’t help American producers because it will dramatically decrease demand for their solar products. While the American solar industry is all for fair pricing and strong domestic manufacturers, this isn’t the way to do it.

What You Can Do About It

While the air of uncertainty hangs heavy over the industry, many ask if it’s a good time to go solar. The answer to that is parallel to a popular Chinese proverb: “The best time to plant a tree was 20 years ago. The second best time is now.”

If you installed solar on your home, business, or farm a few years ago, you’d already have months and months of saved electricity costs in your pocket. But with looming price increases, the best time to invest in solar is still now. Request your custom quote today to get started.

On June 5, 2022, President Biden announced a 24-month tariff exemption for solar panels produced in Southeast Asia. This calmed the growing

If you’re looking for the best solar installers near you, you’ve come to the right place. In this blog, we list the top solar companies